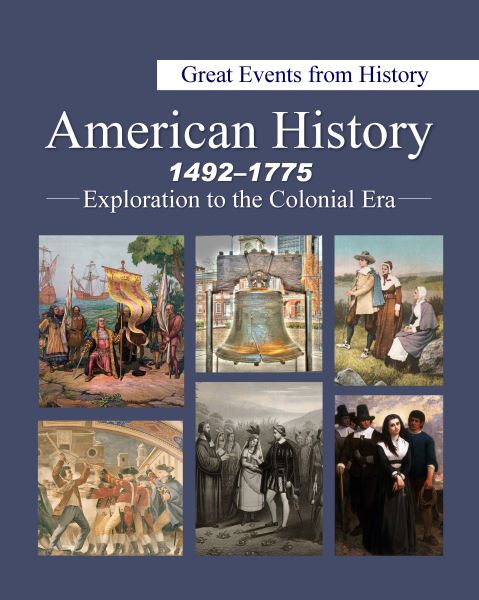 In the popular Great Events from History style, this new series puts an emphasis on events that shaped American history. This three-volume sets takes readers on a journey across Atlantic Ocean to discover the New World through the settlement of the first English colonies.

Virtually any schoolchild knows that Christopher Columbus, a Genoan by birth but sailing under the flag of King Ferdinand II of Aragon and Queen Isabella I of Castile, opened the Americas to exploration by European adventurers. His three voyages to the New World were just the start of a massive cultural and economic exchange between the countries of Europe and what would become those of the Americas, including the future United States.

In the roughly two and a half centuries following Columbus’s historic voyages, numerous others from Spain, Portugal, France, and Italy launched exploratory expeditions to what became the United States.

These volumes profile the lives and expeditions of such figures as

In addition, this set provides students and readers with in-depth information about the early colonies and the experiences of settlers in the new world

In-depth, yet accessible essays provide a summary of the event and discuss the event’s significance and historical impact. Entries are supplemented with sources for further reading, cross-references, maps, quotations from primary source documents, timelines, and hundreds of photographs and illustrations. Designed for history students at the high school and undergraduate levels, public librarians will also find the set, and the series as a whole, invaluable as a reference tool for students at all academic levels.

In addition, Great Events from History: American History, 1492-1766 Exploration to the Colonial Era comes with complimentary online access via http://online.salempress.com. A single purchase of the printed version is all it takes to gain access to this important title on the web. 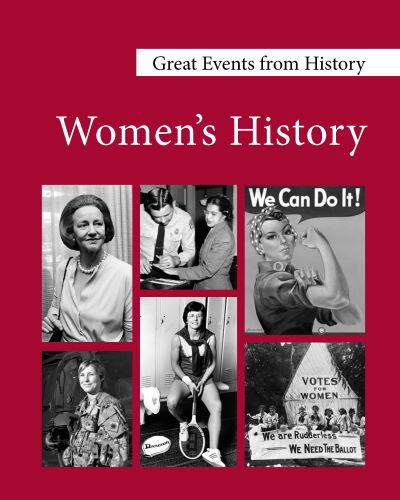 This first edition of Great Events from History: Women’s History is a welcome addition to the long-running Great Events series by Salem Press. This brand-new title includes nearly 300 essays on all aspects of women’s history, presented categorically for ease of navigation. Categories appear alphabetically, from Activism to the Workplace, and within each category, the essays are arranged chronologically to better guide the reader through the rich and varied history of each topic. The categories sometimes overlap in content, covering as they do broad ranges of human experience, and the editor has endeavored to place each essay as logically as possible.