James Baldwin wrote of Lorraine Hansberry’s 1959 play, A Raisin in the Sun, “Never before in the entire history of the American theatre had so much of the truth of black people’s lives been seen on the stage.” Hansberry’s depiction of a working-class African American family living on Chicago’s South Side in the 1950s dramatizes evocatively their urban backwater chronologically poised between the civil rights movement and the black activism of the years to come, as each of the characters struggles with issues of cultural assimilation and resistance. Essays in this volume approach Raisin as a resonant social document, as a frequently staged play and iconic film, and as an ambitious work of theatrical realism crafted by a dramatist not yet thirty.

The Critical Insights Series distills the best of both classic and current literary criticism of the world’s most studies literature. Edited and written by some of academia’s most distinguished literary scholars, Critical Insights: A Raisin in the Sun provides authoritative, in-depth scholarship that students and researchers will rely on for years. This volume is destined to become a valuable purchase for all.

Sales of Albert Camus’s The Plague surged during the 2020 COVID-19 pandemic. The novel’s prescient descriptions of isolation camps and public panic resonated with those living with lockdowns and constant fear. Considered a classic of the existentialist movement (though Camus objected to this label), scholars have long engaged with the novel’s absurdist elements. On one level a simple tale of the universal, ultimately unwinnable, struggle against death, The Plague also explores individual moral courage, secular and religious, in the face of overwhelming tragedy. As an advocate for personal integrity despite an absence of religious or philosophical meaning, Camus became a spokesman for the generation that had witnessed the Holocaust and other horrors of World War II. This new volume provides a starting point for viewing the novel through a historic as well as a modern lens. Essays approach this important work in terms of its critical reception, its profound impact on the literary scene at the time of its publication, and its connection to the twenty-first century.

Critical Insights: The Merchant of Venice

The Merchant of Venice is one of William Shakespeare’s most often performed—but also most controversial—dramas. Technically a comedy, the play has long been regarded as having dark, even tragic, overtones. Its most memorable character, Shylock, is also its apparent villain. This volume explores the play from many different points of view while seeking to understand why this work has long aroused, and continues to arouse, such strong admiration, fascination, and disagreement. 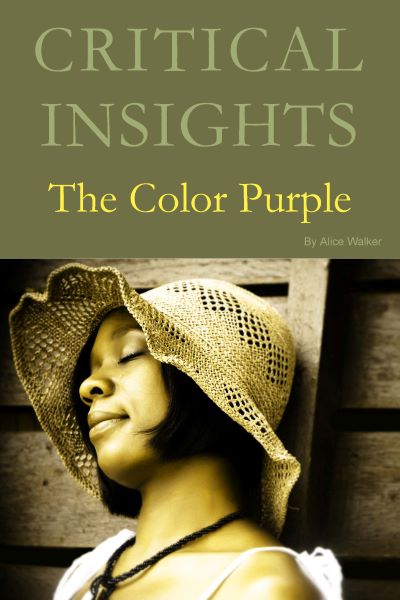 Alice Walker's The Color Purple is one of the most celebrated and influential novels in American and African American literature, a rare winner of both the Pulitzer Prize and National Book Award for Fiction, and the inspiration for an acclaimed film adaptation and Broadway musical. In celebration of The Color Purple's fortieth anniversary, this volume offers new readings of the classic literary work from biographical, cultural, historical, and spiritual points of view, with additional analyses devoted to art, adaptations, comparative texts, ethics, linguistics, masculinity, motherhood, poetry, and social activism and movements such as Black Lives Matter.