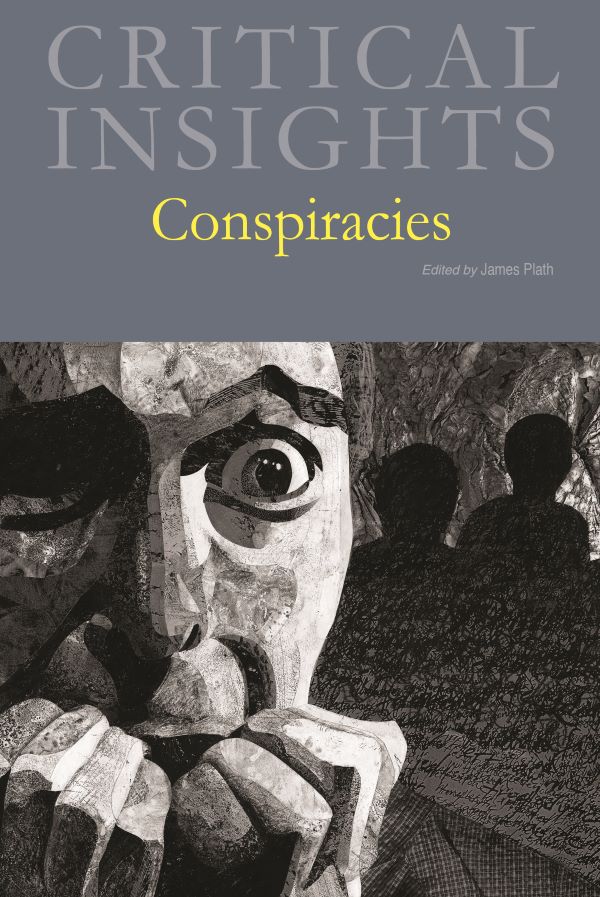 Download and print a poster to promote your titles in your school or library.
Editor: James Plath

This volume explores touchstone moments in conspiracy fiction -- in film as well as in classic and popular works -- and delves into the socio-political aspects of conspiracies while examining them at the heart of some of the most beloved canonical literature in English.

Widespread or limited, motivated by individual benefit or public betterment, conspiracies -- and the secrecy, plotting, and unlawfulness that accompany them -- have played a prominent role in human interaction and are featured in literature from the Bible to Shakespeare to Dan Brown's The Da Vinci Code.

This volume, like all others in the Critical Insights series, is divided into several sections. It begins with an introductory piece, “Life, Liberty, and the pursuit of Conspiracy,”—an allusion to the Declaration of Independence—by editor James Plath, which introduces the topic of conspiracies and conspiracy theories within the broader contexts of history, politics, psychology, literature, and American life.

Following the introductory essay, a collection of four critical contexts essays are intended to treat the novel (1) from a historical vantage point, (2) in terms of its critical reception, (3) using a specific critical lens, and (4) by comparing and contrasting it with another important work.

In the final section, Resources, a select bibliography of non-fiction that is pertinent to the theme is provided. Each essay in Critical Insights: Conspiracies includes a list of Works Cited and detailed endnotes. Also included in this volume is a Bibliography, biographies of the Editor and Contributors, and an alphabetical Index.

The Critical Insights Series distills the best of both classic and current literary criticism of the world’s most studies literature. Edited and written by some of academia’s most distinguished literary scholars, Critical Insights: Conspiracies provides authoritative, in-depth scholarship that students and researchers will rely on for years. This volume is destined to become a valuable purchase for all.