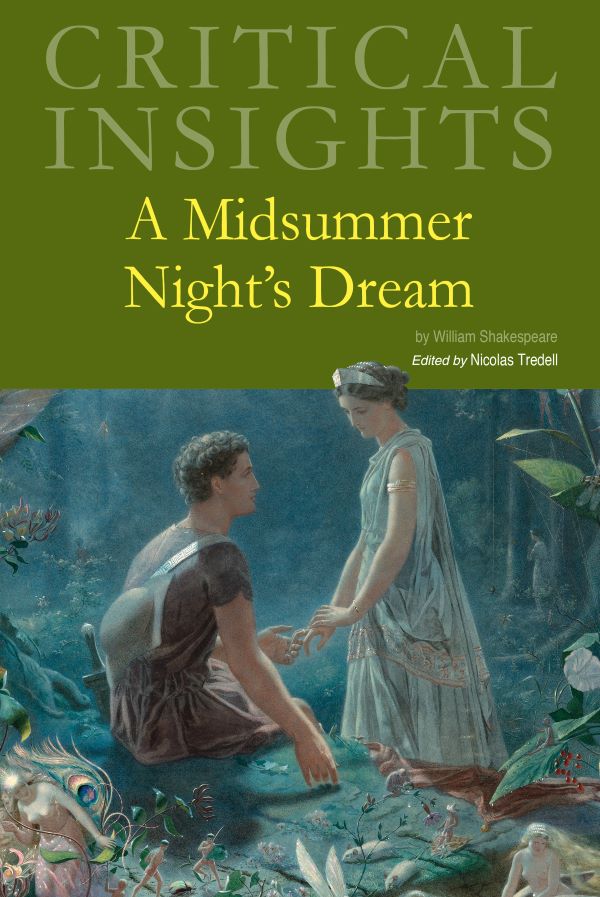 Shakespeare's best-known and most-loved comedy, this intricately structured drama employs a rich range of poetry and prose to juxtapose fairies and mortals, court and forest, fantasy and reality, reason and madness. This volume offers new perspectives on critical history, complex form, rich language, key themes, trauma, and the many theatrical and cinematic versions it has generated.

This volume, like all others in the Critical Insights series, is divided into several sections. It begins with an introductory piece, “A Midsummer Night’s Dream as Fantasy Fiction,” by Catherine Belsey, which positions the play in a wide intertextual network that includes the Harry Potter novels, ancient Roman comedy, Chaucer’s The Knight’s Tale, George Peele’s The Old Wives’ Tale, traditional folklore, and fairy tales passed down throughout centuries, and more. This is followed by a Biography of William Shakespeare, written by the volume’s editor, Nicolas Tredell.

In the final section, Resources, easy-to-follow lists are provided to help guide the reader through important dates and moments in the author’s life. A selection of further reading is then provided. Each essay in Critical Insights: A Midsummer Night’s Dream includes a list of Works Cited and detailed endnotes. Also included in this volume is a Chronology of William Shakespeare’s Life, a list of Works by William Shakespeare, a Bibliography, biographies of the Editor and Contributors, and an alphabetical Index.

The Critical Insights Series distills the best of both classic and current literary criticism of the world’s most studies literature. Edited and written by some of academia’s most distinguished literary scholars, Critical Insights: A Midsummer Night’s Dream provides authoritative, in-depth scholarship that students and researchers will rely on for years. This volume is destined to become a valuable purchase for all.