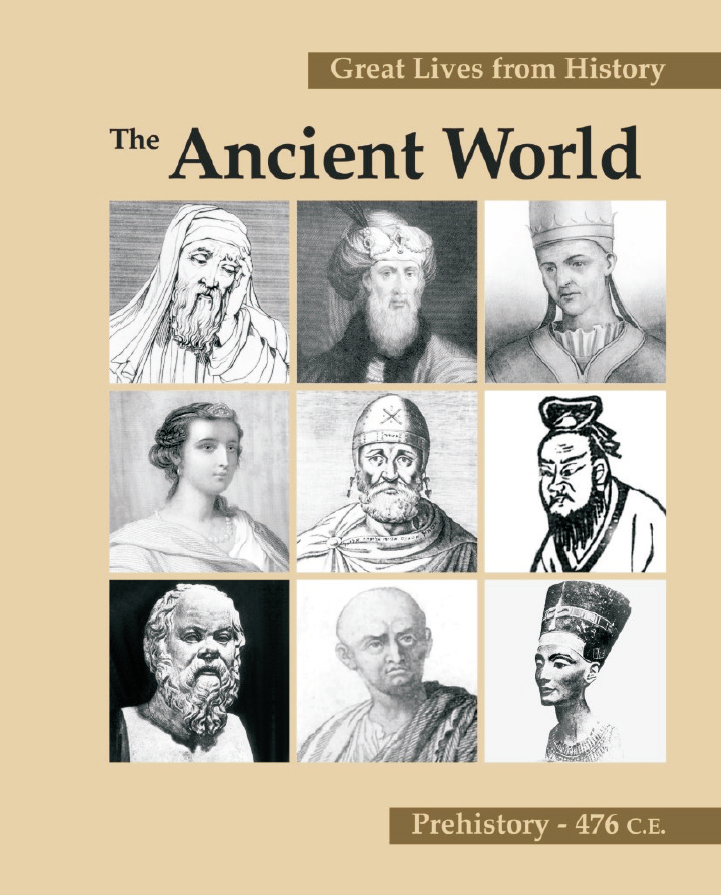 Download and print a poster to promote your titles in your school or library.
Editor: Christina A. Salowey, Hollins University

Great Lives from History: The Ancient World, Prehistory-476 C.E. is the first in a multivolume series covering the lives of important personages from the ancient world through the twenty-first century. This series is a revision of the 10-volume Dictionary of World Biography series, which was a revision and reordering of Salem Press’s thirty-volume Great Lives from History series. The existing essays in this volume are enhanced by the addition of 65 new entries covering a wider geographical area and including more women, updated bibliographies, a new page design, and a section containing maps of various parts of the ancient world.

The temporal and geographical scope of Great Lives from History: The Ancient World, Prehistory-476 C.E. is broad. Represented here are figures as ancient as the Egyptian king Zoser (fl. twenty-seventh century B.C.E.) and as late as the Jute chief Hengist (410-488 C.E.). The date of 476 C.E., the fall of Rome, was selected by the editors as the cutoff between the ancient world and the Middle Ages. Those lives falling on the cusp were moved into the period that best reflected their life’s work or major accomplishments. Coverage is worldwide, including Rome, Greece, China, Japan, India, northern Europe, Egypt and other parts of Africa, Asia Minor, and the Middle East.

Each essay begins with ready-reference listings: other names the person might have used, the individual's birth and death dates and places, an identifier stating the person's nationality and life role, his or her areas of achievement, and a brief statement summarizing his or her contribution to society and later ages. The body of the article is divided into three parts. "Early Life," the first section, provides facts about the individual's upbringing and a pronunciation of the subject's name (if unusual) is included. The next section, "Life's Work," consists of a straightforward account of the period during which the individual's most significant achievements were made. The concluding section, "Significance," provides an overview of the individual's place in history. Each essay is supplemented by an annotated bibliography.

Reviews
“ "These resources will be helpful for reports at the high school level and beyond.” -School Library Journal, 2004
Great Lives from History: The Ancient World Review 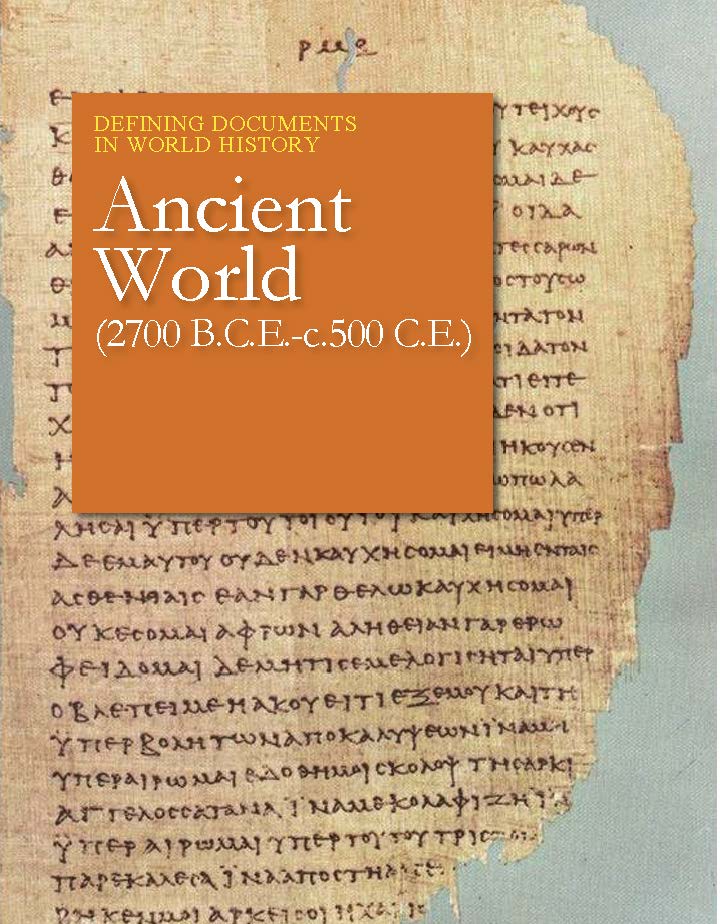 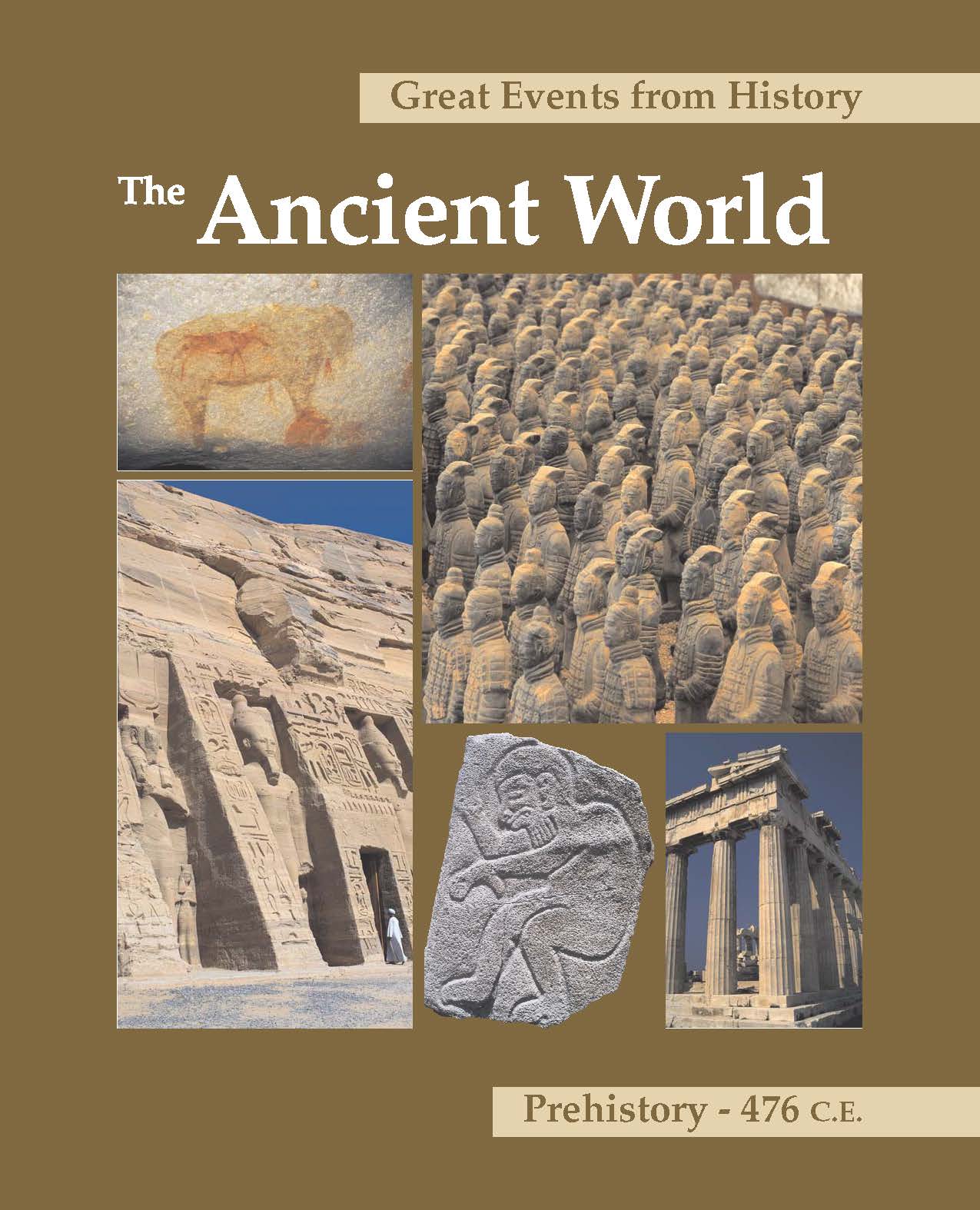 Great Events from History is a multivolume series projected to cover from prehistory to the twenty-first century. 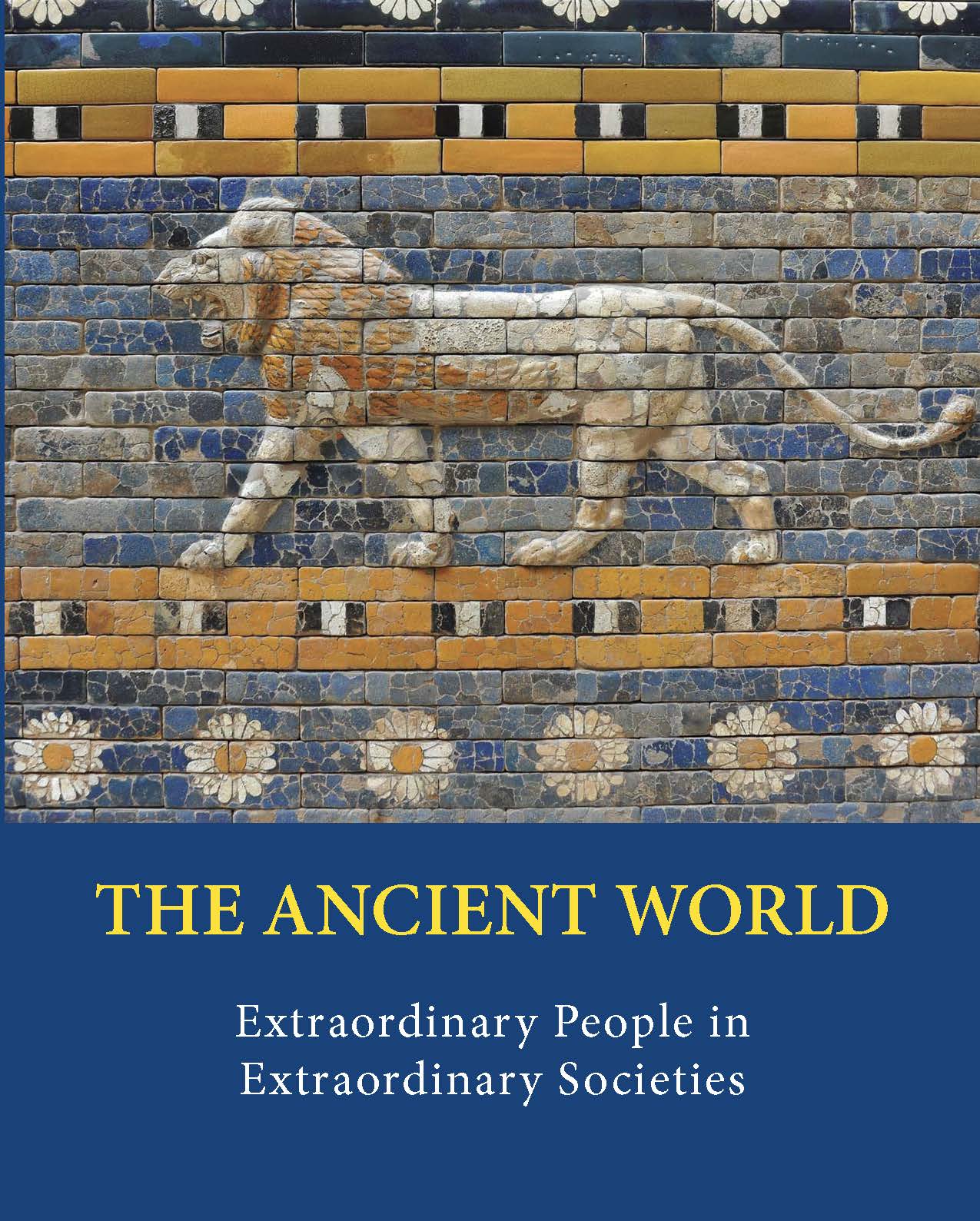