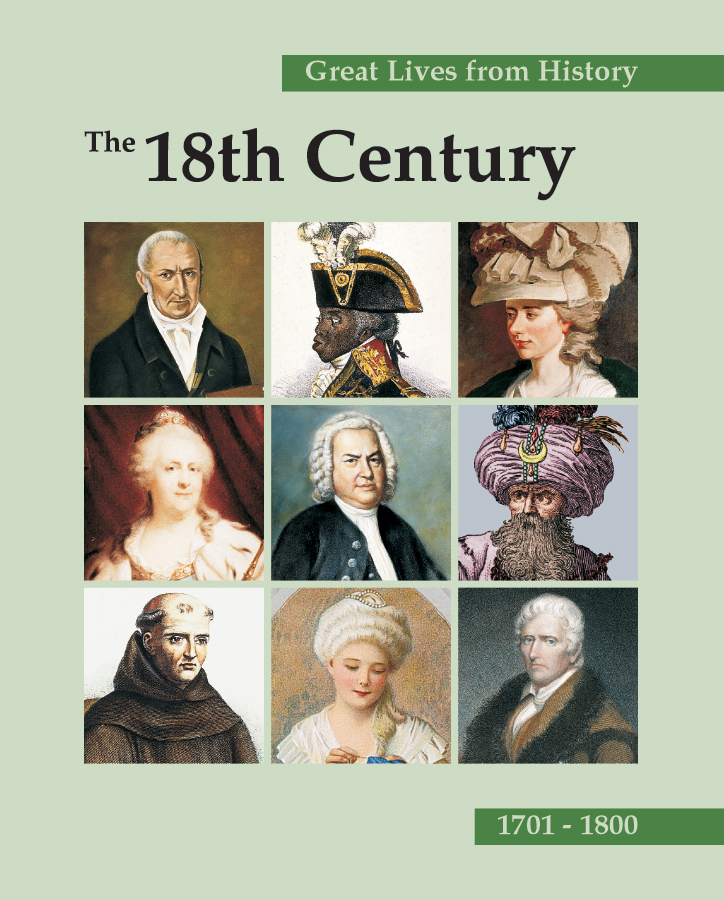 Download and print a poster to promote your titles in your school or library.
Editor: John Powell, Oklahoma Baptist University

Worldwide coverage of important men and women in all areas of achievement, who flourished between 1701 and 1800. Plus complimentary online access to the full content of this great reference.

Coverage in Great Lives from History: The 18th Century is broad in its variety of areas of achievement as well as geographical scope, with a worldwide focus that includes extensive coverage of non-Europeans and women. Of course, the set includes the recognized shapers of history essential in any liberal arts curriculum. Its lengthy essays provide in-depth biographies, including annotated bibliographical resources.

Scope & Coverage
Major world leaders appear here, as well as the giants of religious faith who were central to the century: philosophers, educators, and theologians who left their imprint on political as well as spiritual institutions. What makes this resource unique is the inclusion of figures who have received little attention in the past, from Abd al-Wahhab to Peg Woffington and Yongzheng.

The back matter of Volume 2 includes several appendices and indexes:

Reviews
“ "Users will find easy access to major eighteenth-century figures in a variety of fields across all regions of the world." -Booklist
Great Lives from History: The 18th Century Review 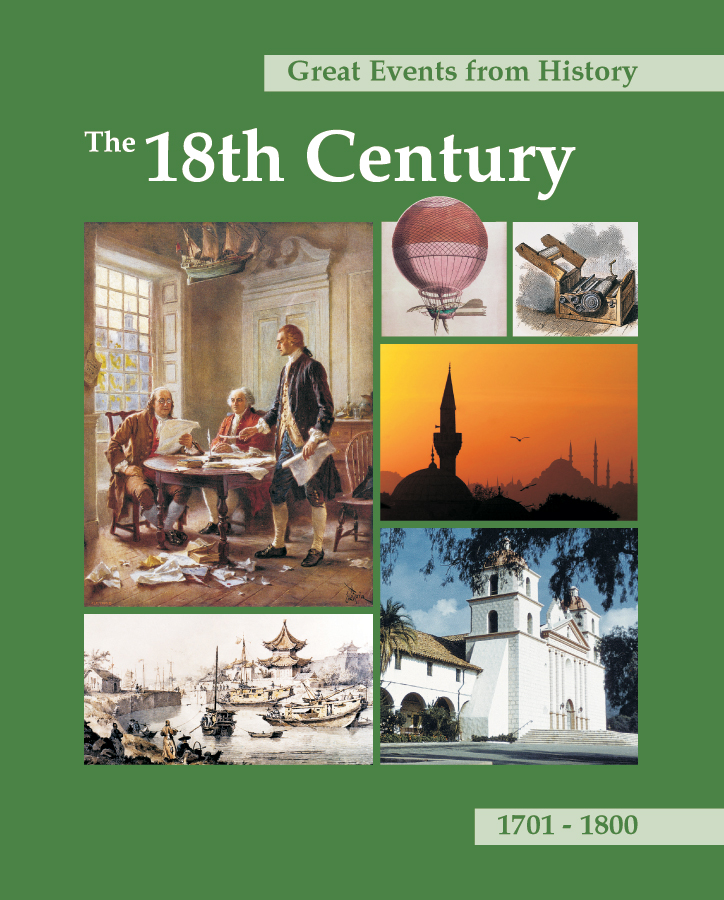 Essays cover the world's most important events and developments - from 1701 through 1800 - in the century that witnessed the world's transition to a modern industrial and scientific society.