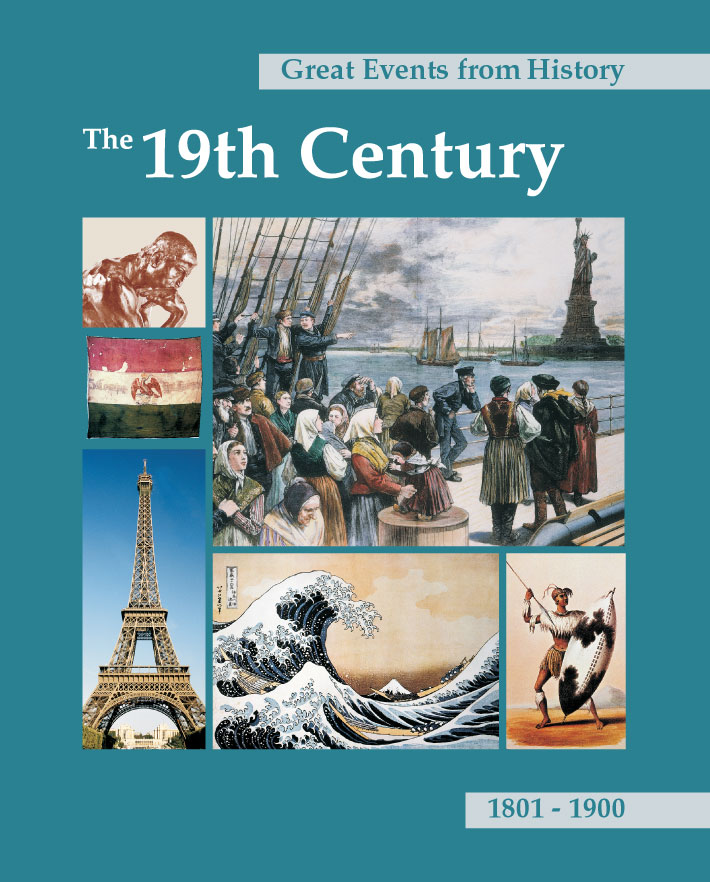 Download and print a poster to promote your titles in your school or library.
Editor: Edited by John Powell, Oklahoma Baptist University

Scope & Coverage
Essays address important social and cultural developments in daily life: major literary movements, significant developments in art and music, trends in immigration, and progressive social legislation. Among the many broad subjects that receive extensive coverage are Europe's changing political divisions and shifting alliances, the struggles to end slavery and extend full citizenship to African Americans in the United States, the steady expansion of democracy in the Western world, the liberation of Latin America from European rule, the exploration of Africa, and the expansion of European imperialism in Africa and Asia.

Particular attention has been given to expanding coverage of Canada, Africa, Latin America, and Asia. While the emphasis of the set is on political and military events that transformed whole nations and continents, the range of subject matter is impressively diverse. Considerable space is given to important events in the arts, sciences, business, and technology.

The century receives worldwide coverage with a priority for meeting the needs of history students at the high school and undergraduate levels. Events covered include the obligatory geopolitics events of the era--from the Tripolitan War through the European revolutions of 1848 to the Boer Wars in South Africa and the Boxer Rebellion in China. Also, however, the essays address key cultural developments: from Beethoven's Eroica symphony to Puccini's opera Tosca, from Romanticism to Naturalism, from the development of working-class libraries to the opening of the Library of Congress. Trends and fashions of daily life are addressed in such essays as "Spread of the Waltz," "Barnum's Circus," and "The Brooks Brothers Introduces Button-Down Shirts." The era of exploration is covered in essays on expeditions to the Pacific Northwest, the Amazon, Australia, and polar regions. The age of Industrial Revolution is addressed in essays on subjects such as McCormick's reaper, the internal combustion engine, gas lighting, the telephone, the light bulb, and transatlantic communications. The boom in science is covered from the level of atomic physics to the discovery of the first asteroid. For the first time, the human mind becomes an object of investigation in itself, as Freud delves into his interpretation of dreams. The emphasis of this collection, therefore, is on those turning points that redirected contemporary affairs and shaped the modern world--not only geopolitically but also in the experience of everyday life from its practical exigencies to its highest achievements.

Organization & Format
The 667 chronologically arranged essays cover the world's most important events and developments from 1801 through 1900 in the century that witnessed the Industrial Revolution, imperialism, colonialism, a realignment of world nations, Romanticism, and the birth of modern physics, astronomy, and other fields.

Each essay lists the event's:

Every essay has an annotated, up-to-date bibliography. Lavishly illustrated and supplemented with sidebars that quote from key "primary source documents." Arrangement is chronological to facilitate student comparison of and access to simultaneous events across the globe. All essays are cross-referenced both internally to each other and externally to the companion essays in Great Lives from History: The Nineteenth Century (simultaneous publication, 2006).

Special Features
A section of historical maps appears in the front matter of both volumes, displaying world regions in the nineteenth century to assist in placing the events' locales. Accompanying many of the essays are maps or quotations from primary source documents--as well as approximately 350 illustrations: images of artworks, battles, buildings, people, and other icons of the period.

Because the set is ordered chronologically, a Keyword List of Contents appears in the front matter to both volumes and alphabetically lists all essays, permuted by all keywords in the essay's title, to assist in locating events by name.

In addition, several research aids appear as appendixes in Volume 2:

Finally, four indexes round out the set:

Reviews
“ “This is another of those helpful references for students needing a good place to start their longer research and to check items they may find on the Web.” -Gale, 2007
Great Events from History: The 19th Century Review 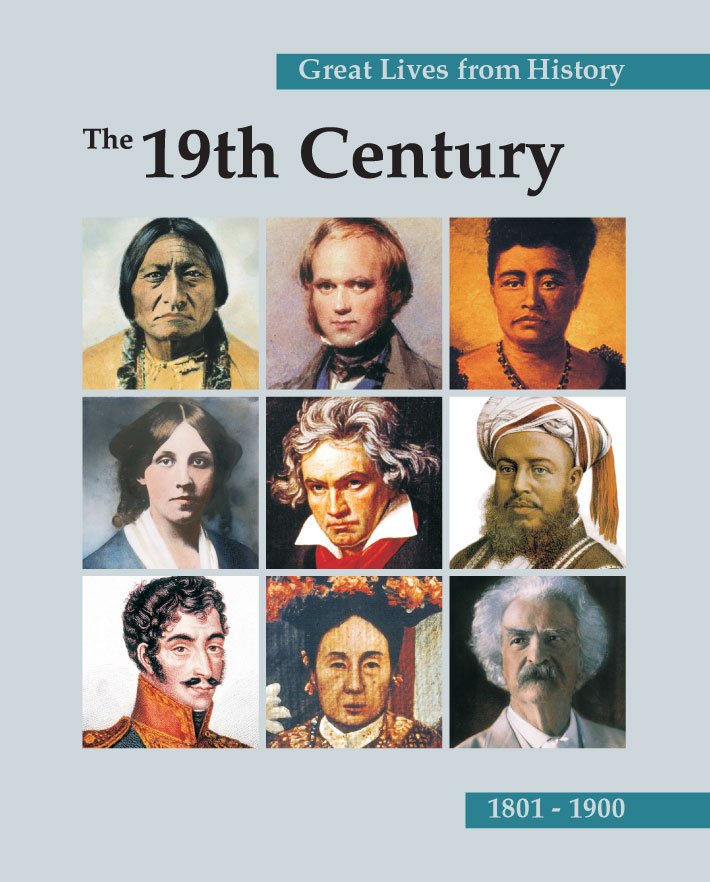 This title explores the lives and achievements of important 19th century men and women worldwide, including such notables as Vincent Van Gogh and Charles Darwin, as well as lesser known figures such as Elizabeth Cabot Agassiz and Zeng Guofan. The lengthy essays in this set provide in-depth coverage and annotated bibliographic resources with worldwide focus including strong coverage of non-Europeans and women.