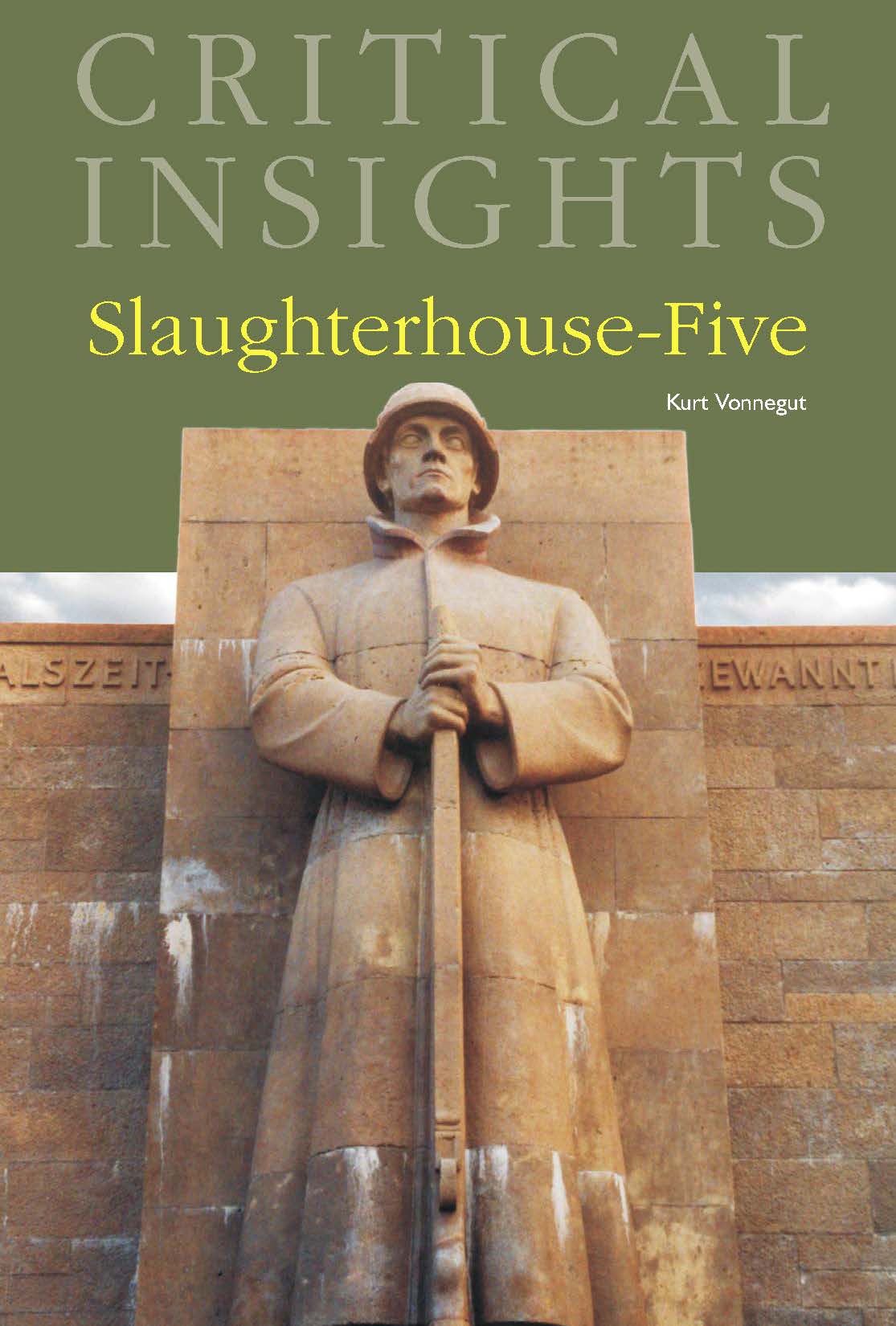 Download and print a poster to promote your titles in your school or library.
Editor, Leonard Mustazza, Penn State-Abington

This volume in the Critical Insights series brings together some of the best classic and contemporary criticism on Vonnegut's famous novel.

"There is nothing intelligent to say about a massacre," Kurt Vonnegut writes in the first chapter of Slaughterhouse-Five, his novel about the firebombing of Dresden during World War II. "Everybody is supposed to be dead, to never say anything or want anything ever again." Fittingly, Slaughterhouse-Five is an odd sort of book—both an antiwar novel and science fiction, a dark comedy as well as a tragedy. Published at the height of the Vietnam War protests, it seized the imaginations of thousands of young people and made Vonnegut into an overnight sensation. Now, more than forty years after its publication, scholars are only beginning to assess Vonnegut's unique achievement with this stoic yet compassionate treatment of what remains one of the most deadly military strikes in European history.

An Introduction – The book and the author
Edited and with an introduction by Leonard Mustazza, Distinguished Professor of English and American Studies at Penn State Abington. His introduction describes the cultural moment in which Slaughterhouse-Five appeared, and Sarah Fay, writing for The Paris Review, analyzes Vonnegut's unique comic sensibility.

Critical Contexts
For readers studying Slaughterhouse-Five for the first time, a quartet of introductory essays provide a framework for gaining a deeper understanding of the novel. Jerome Klinkowitz first reviews the vicissitudes of the novel's reputation among critics, readers, and scholars. Kevin Alexander Boon then demonstrates how Vonnegut borrows techniques from film to hold together his fragmented narrative. David Simmons compares Slaughterhouse-Five with another classic antiwar novel, Joseph Heller's Catch-22, and Christina Jarvis explains how the Vietnam War and the antiwar movement influenced both Vonnegut and Thomas Pychon as they wrote their novels about World War II.

Critical Readings
The volume then continues with a selection of classic and contemporary essays. William Rodney Allen offers a comprehensive overview of the novel and its composition, and Donald J. Greiner, Jerome Klinkowtiz, and Maurice J. O'Sullivan, Jr., all examine the autobiographical nature of Slaughterhouse-Five and Vonnegut's attempts to come to terms with the events he witnessed in Dresden. James Lundquist describes the formal techniques Vonnegut devised to meet the challenge of writing about such an unimaginable tragedy as Dresden, and Wayne D. McGinnis treats the novel's unusual structure, showing how its unresolved circularity mimics the irresolution and circularity of death and time. T. J. Matheson also offers an analysis of the novel's formal elements, concentrating in particular on how its first chapter sets up the themes Vonnegut will follow throughout the book.

C. Barry Chabot also takes up Vonnegut's treatment of death and his perpetual comment on it, "so it goes," and Hans van Stralen examines Vonnegut's postmodern renewal of existentialist themes. The novel's science-fiction elements are treated by Arnold Edelstein, who argues that Billy Pilgrim's "time traveling" is actually a fantasy Billy concocted to escape his memories and responsibilities, and Susanne Vees-Gulani extends this argument in a psychoanalytic reading of Billy and his creator. Dolores K. Gros Louis, Donald E. Morse, and Leonard Mustazza find biblical allusions in the novel. Gros Louis reads Billy Pilgrim as an ironic Christ figure, while Morse draws parallels between the destruction of Dresden and the book of Job, and Mustazza finds further connections between Eden and the alien world Tralfamador. Joyce Nelson makes a comparative analysis of the novel and its film adaptation. 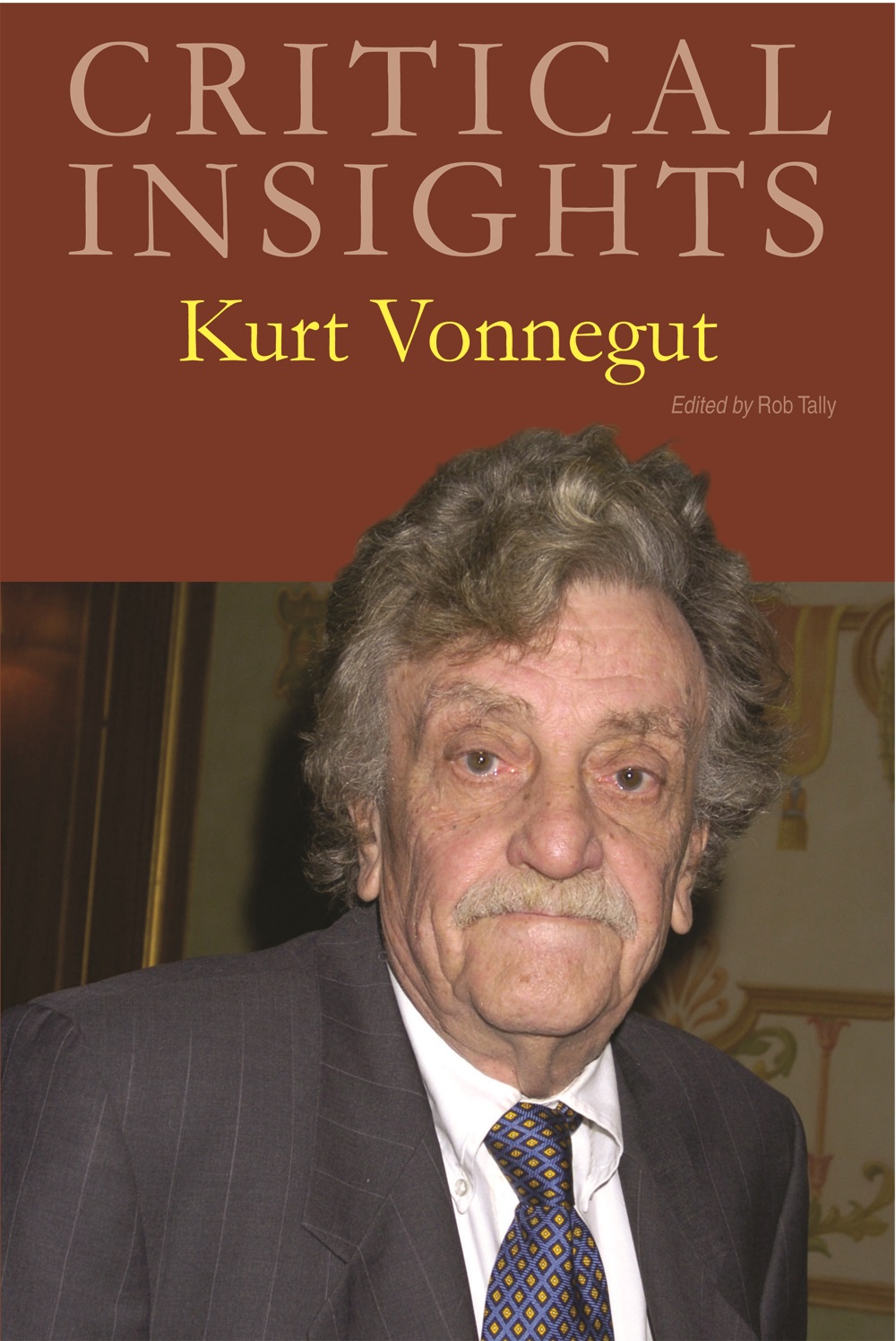