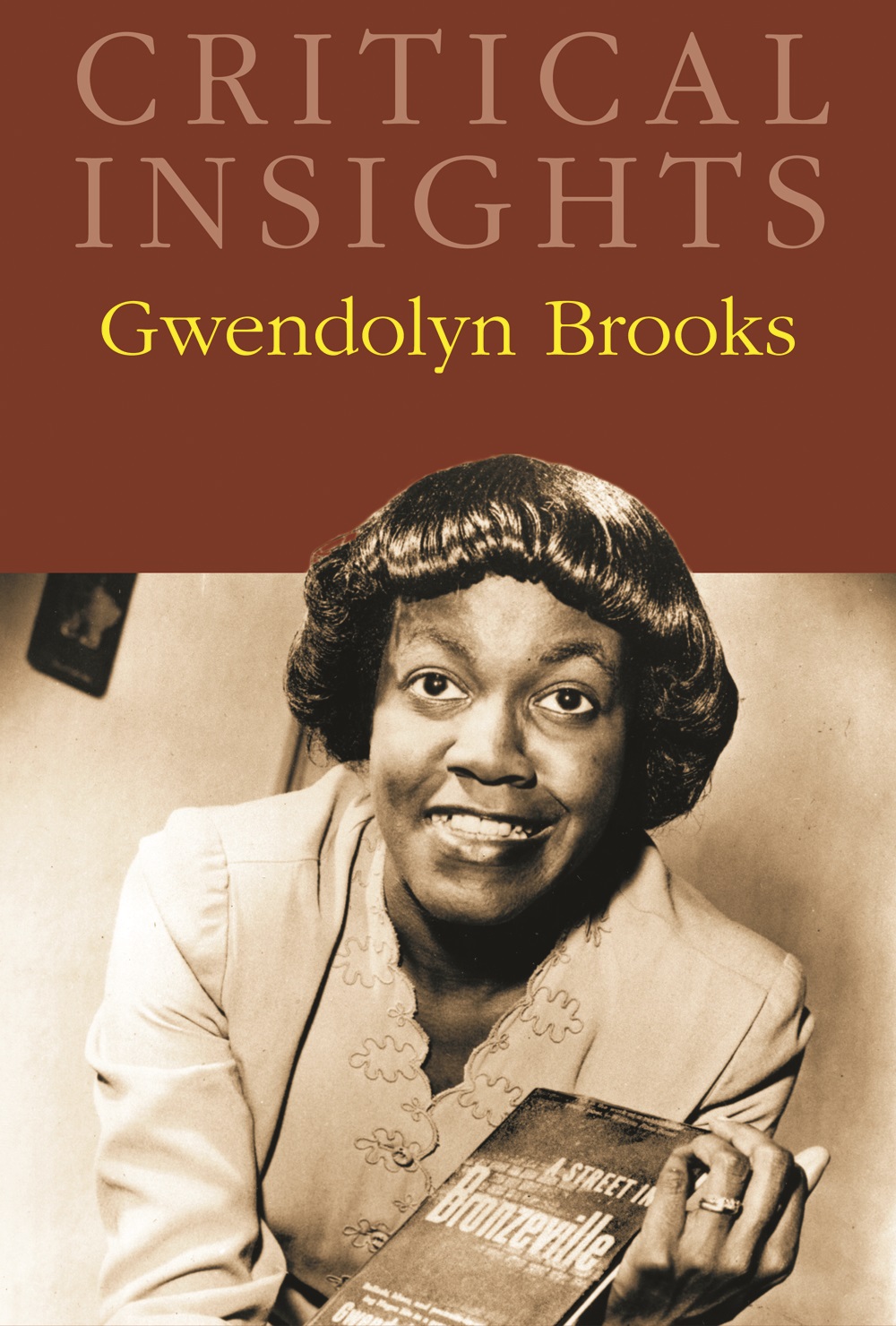 Download and print a poster to promote your titles in your school or library.
Editor: Mildred R. Mickle, Penn State Greater Allegheny

With her mastery of traditional verse forms and insightful treatment of race, Gwendolyn Brooks carved a unique space for herself within American poetry. Her early work earned her numerous accolades, including a Pulitzer Prize and an appointment as the Poet Laureate of Illinois, and her later work saw her writing in response to the black art movement's call for politically and racially conscious poetry. Still, though her poetry underwent numerous transformations, Brooks maintained a powerful commitment to both her craft and to the lives of the ordinary people she knew from her South Side neighborhood.

Edited by Mildred R. Mickle, Assistant Professor of English at Penn State Greater Allegheny, this volume examines Brooks's work from myriad perspectives. Mickle's introduction reflects on Brooks's legacy, locating her work as a bridge between the poets of the Harlem Renaissance and the poets of the black arts movement. Jascha Hoffman of The Paris Review then remembers his first encounter with Brooks's work and celebrates her achievement of carefully balancing craft with politics.

Four original essays by Kathy Rugoff, Martin Kich, Matthew Bolton, and Robert C. Evans offer valuable context to readers new to Brooks and her work. Rugoff explores how the Harlem Renaissance and the civil rights, black power, and black arts movements all influenced Brooks's work with close readings of selections from A Street in Bronzeville, Annie Allen, The Bean Eaters, In the Mecca, Riot, and Family Pictures. Kich provides a survey of the major pieces of Brooks's criticism, noting common foci like race, poetics, gender, literary influences, and Brooks's novel Maud Martha. Bolton demonstrates Brooks's mastery and revision of traditional poetic forms by locating her "The Anniad" and "Riders to the Blood-red Wrath" within the epic and mock-epic traditions. Finally, Robert C. Evans offers a close reading of "The Chicago DefenderSends a Man to Little Rock" to discuss how Brooks's adept use of poetic devices like rhythm, meter, rhyme, and enjambment helps create the meaning of the poem.

Also included in this collection are twelve previously published essays that examine Brooks and her poetry through a variety of lenses. A review of The Essential Gwendolyn Brooks attempts to locate Brooks's place in American poetry. Close readings of Annie Allen uncover Brooks's modernist influences and study her use of double-consciousness, while a study of Brooks' use of apostrophe shows how she adapted it to multiple works, including Annie Allen and "The Sermon on the Warpland." Other critics explore the historical contexts of Brooks's work: readings of "Negro Heroes" and "Gay Chaps at the Bar" discuss America's reception of black veterans after World War II, and an essay on "In the Mecca" draws on articles from Harper's and Time to explore the real-life apartment complex. Still other critics focus on Brooks's synthesis of poetry and politics through examinations of "In the Mecca," "Sermon on the Warpland," Report from Part One, and Riot. Lastly, a look at the children of Brooks's poetry reveals them to be a means through which she critiques dominant ideas of race and gender and reaches out to the next generation.

Finally, a chronology of Brooks's life, a thorough list of her published works, and an extensive bibliography of critical offerings provide a wealth of resources for readers desiring to study Brooks in greater depth.

From "About This Volume"
The essays in this volume pay tribute to Gwendolyn Brooks’s legacy. They explore Brooks’s sustained dialectic with American historical events such as World War II and the Civil Rights movement, the cultural complexities of racial segregation, major movements in black letters such as the Black Arts movement, modernist ideas promoting individuality and exploring the feelings associated with loneliness, rejection of the status quo in society, open critique of history and its chroniclers, and revisions of traditional literary forms, such as the epic and the sonnet, as a means to incorporate a neglected black experience and contribution into American history and letters. The essays show how Brooks’s quest was at times a lonely one. The poet was often perceived as catering too much to either the white mainstream or the black folk aesthetic, and her agenda to write her own truth as she saw fit is sometimes lost within her subtle intertextual wordplay with black and white literary influences. Still, it is the fine line that Brooks walks between black and white cultural influences that makes her most fascinating to readers.

In addition to biographical information on Brooks provided by Charles M. Israel and William T. Lawlor, this volume contains essays that critique Brooks’s poetry from historical, sociopolitical, and cultural contexts; that closely read her poems; and that compare and contrast Brooks’s works with those of other authors. Jascha Hoffman’s “The Paris Review Perspective” provides an overview of the key poems that demonstrate Brooks’s range. Kathy Rugoff presents an extended biographical essay on Brooks, interpreting how specific works participate in the Civil Rights movement’s fight for equality on local and national levels. Martin Kich examines how scholars have interpreted Brooks’s poetry and prose, noting specific themes and historical allusions that inform her work and reporting on how Brooks inspired other blacks to write. Matthew Bolton examines Brooks’s revisioning of the epic in “The Anniad” and “Riders to the Blood-RedWrath,” asserting that she melds aspects of the mock epic and the “high-epic mode” to create her own bittersweet portrayal of black life. Robert C. Evans’s close reading of “The Chicago Defender Sends a Man to Little Rock” discusses how Brooks uses figurative language, rhyme, and meter to represent the heightened racial tension brought about by desegregation.

Danielle Chapman reviews the impact of The Essential Gwendolyn Brooks, edited by Elizabeth Alexander, and discusses how the book critiques the oversight of Brooks as a major American author. Brooke Kenton Horvath critiques a poem in Brooks’s Pulitzer Prize-winning Annie Allen through the lens of modernism and inspires further discussion of how negation in “Do Not Be Afraid of No” ties in with modernism as well as how modernism fits into the larger frame of Annie Allen. A. Yemisi Jimoh critiques the historical, literary theoretical, and gender issues raised by “The Anniad.” Lesley Wheeler compares and contrasts the progression of lyricism in Annie Allen and “The Sermon on the Warpland.” Ann Folwell Stanford examines an early martial aesthetic in “Negro Hero” and “Gay Chaps at the Bar,” poems about African American soldiers’ reception by mainstream America, arguing that Brooks uses these poems to memorialize black soldiers’ additional struggles to combat racism despite their sacrifices to protect the United States during World War II.

John Lowney analyzes the realities that Brooks portrays in her poem “In the Mecca” and compares them with the historical events reported when the poem was published in the late 1960s. Sheila Hassell Hughes interprets Brooks’s “In the Mecca,” arguing that the poem appeals to both white and black audiences because it addresses themes and issues important to both and is designed to represent several perspectives, because the Mecca apartment complex is amicrocosm of the larger racial and gender problems plaguing America and American history.

Raymond Malewitz celebrates Brooks’s major contributions to the Black Arts movement, and Annette Debo explores how the Black Arts movement’s emphasis on Africa influenced Brooks’s poetry. In a second essay, Debo examines Brooks’s Riot and the sympathy the work portrays for the anger blacks felt after Martin Luther King, Jr., was assassinated. Debo argues that this anger and violence did not exist in a vacuum; rather, it was rooted in the many lynchings of blacks that took place from the end of the nineteenth century into the early part of the 1920s. James D. Sullivan also discusses Riot, arguing that both the central character in the work, John Cabot, and Brooks’s decision to publish her collection of poetry with the black-owned Broadside Press represent Brooks’s contribution to the Black Arts movement’s struggle for racial equality and positive self-expression. Richard Flynn discusses how Brooks’s thematic focus on children celebrates their courage in battling the adult issues of racial discrimination and is yet another means for her to teach the next generation not to repeat the negative cycles of destruction that inform America’s past.

The essays in this volume reflect a variety of interpretations of Brooks’s poetry. Understandably, they cannot capture all of the richness of Brooks’s works, but they mark an excellent start. The authors’ interpretations encourage debate, paving the way for further scholarly discussion on Brooks. 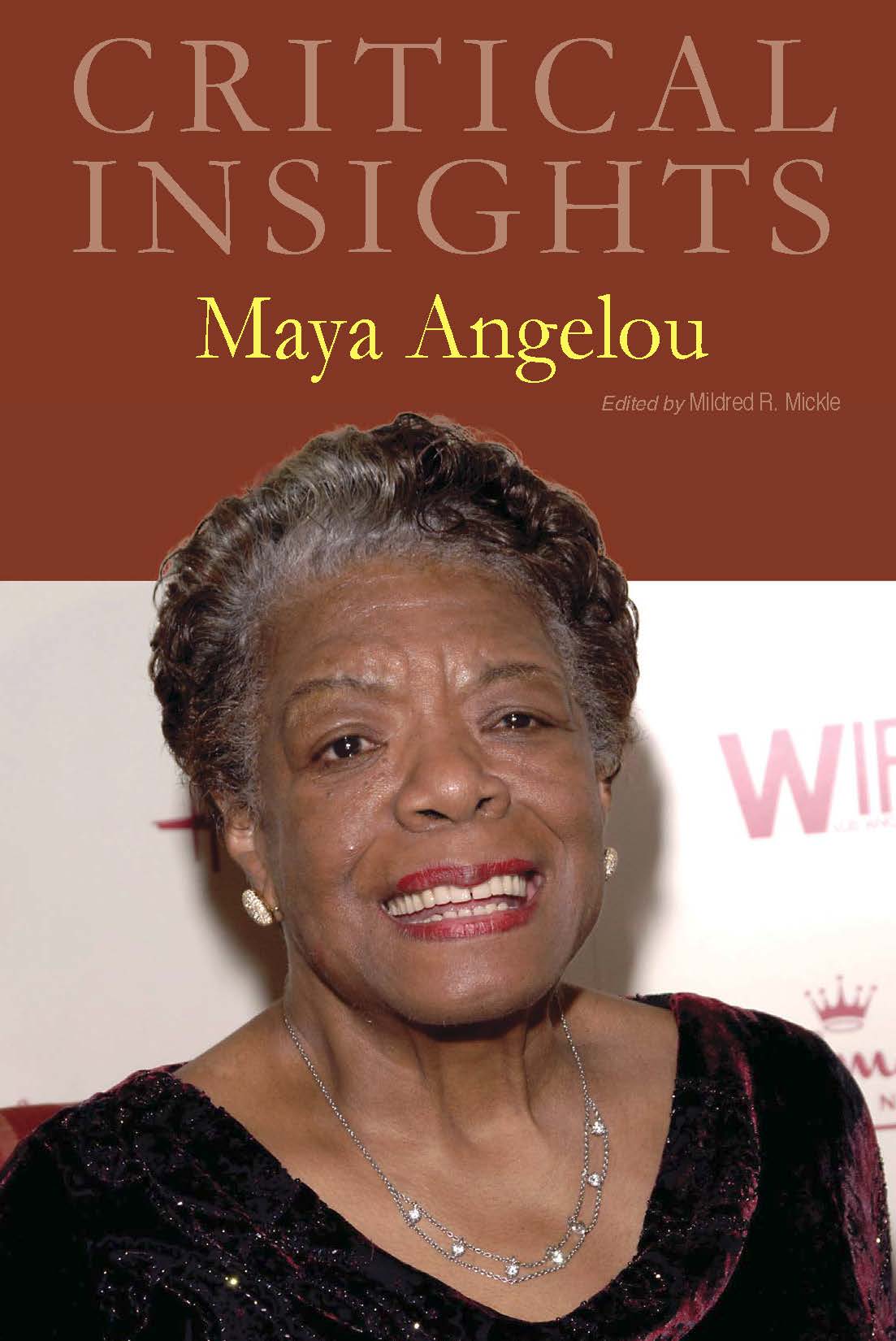 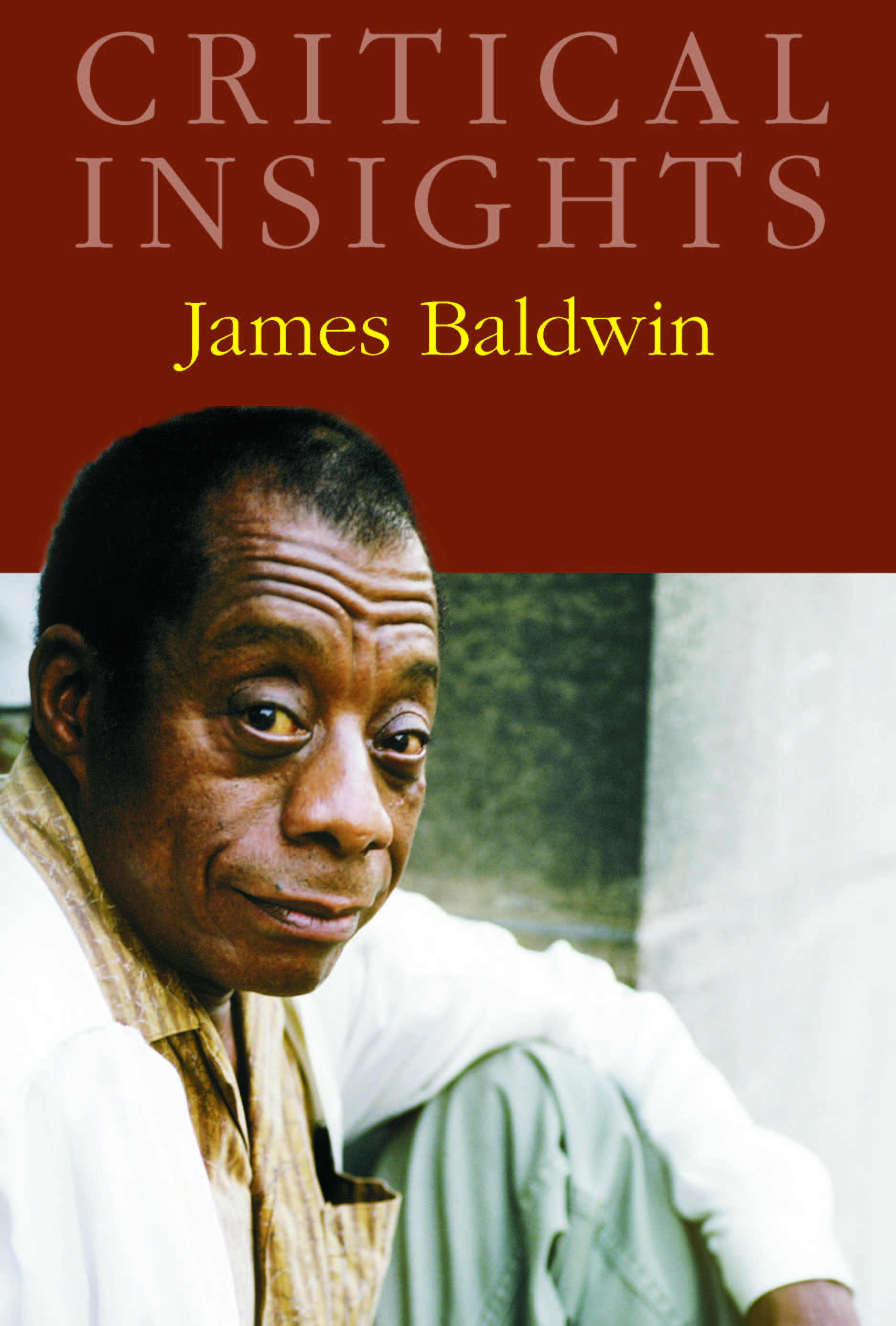 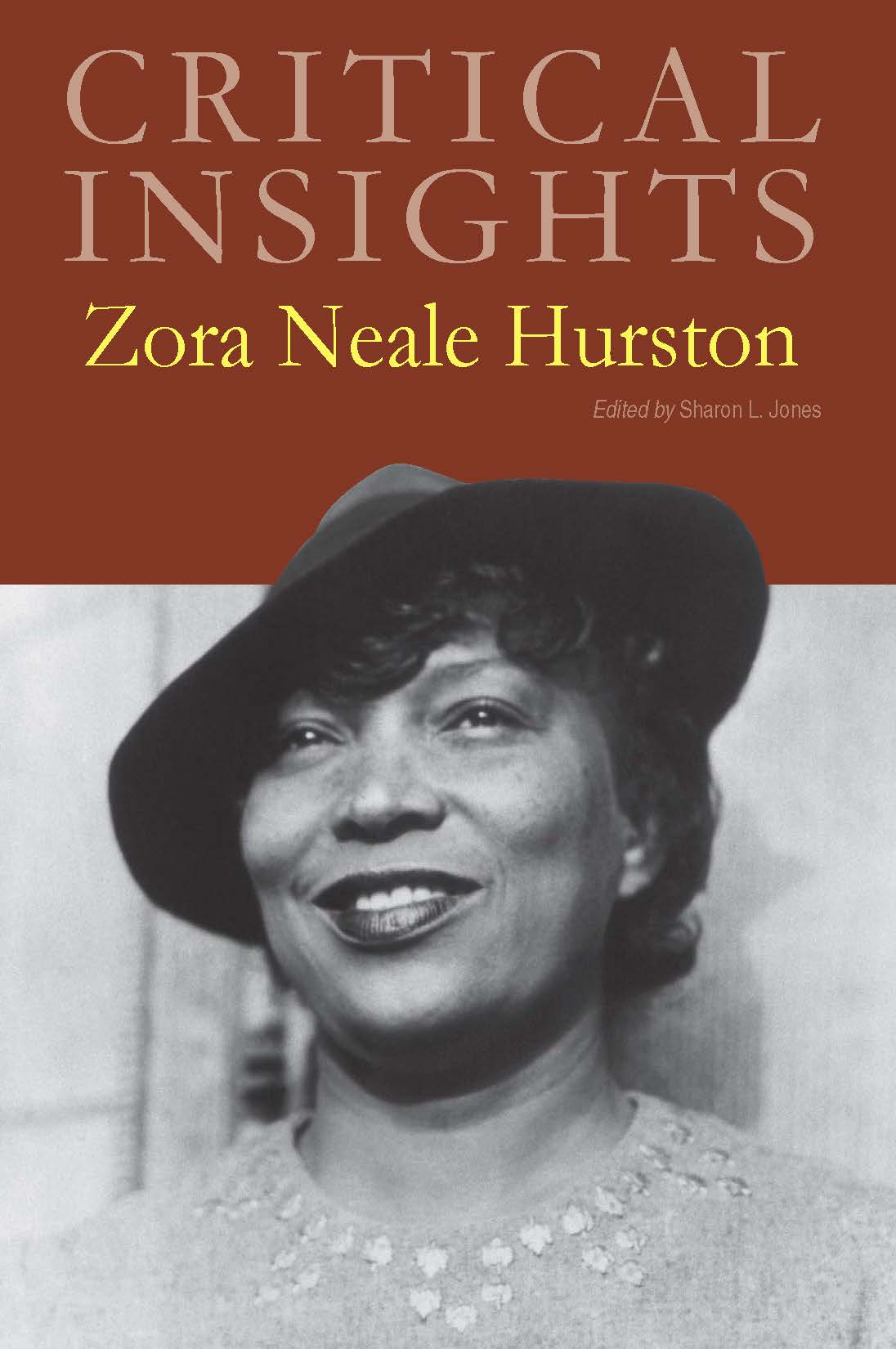