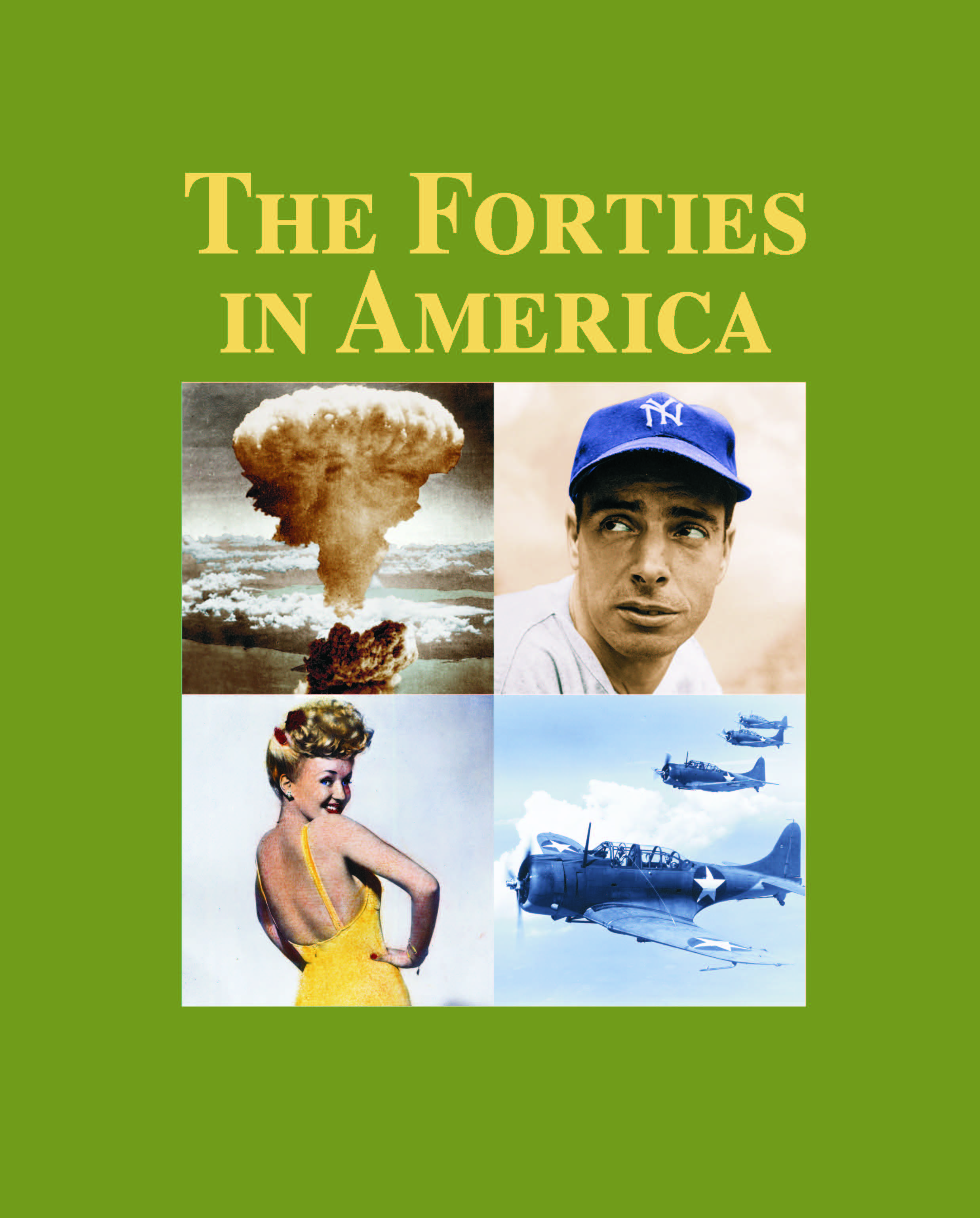 Download and print a poster to promote your titles in your school or library.
Editor: Thomas Tandy Lewis; St.Cloud State University

The Forties in America offers a clear and innovative approach to North America during the 1940's. The set covers the full breadth of North American history and culture, with 654 alphabetically arranged, easy-to-understand articles.

While, The Forties in America, devotes a great deal of space to the war, it does not do so at the cost of neglecting other subjects. The set makes a special effort to treat the war within the context of its impact on nonmilitary aspects of American and Canadian life. Hence, while it covers the essential military details of the war-major campaigns, selected battles, important weapons, and principal military commanders-it places considerable emphasis on how those and other aspects of the war affected government, business, culture, and daily lives.

The essays in this set range from one-half to six pages long, and follow a standard format. Each article begins with a concise title followed by a brief description of the person, organization, work, concept, or event. Every essay features an "Impact" section, which reviews the subject's broader importance during the 1940's. Every article concludes with "See Also" cross-references, and bibliographical notes. Lastly, each article is signed by its author. 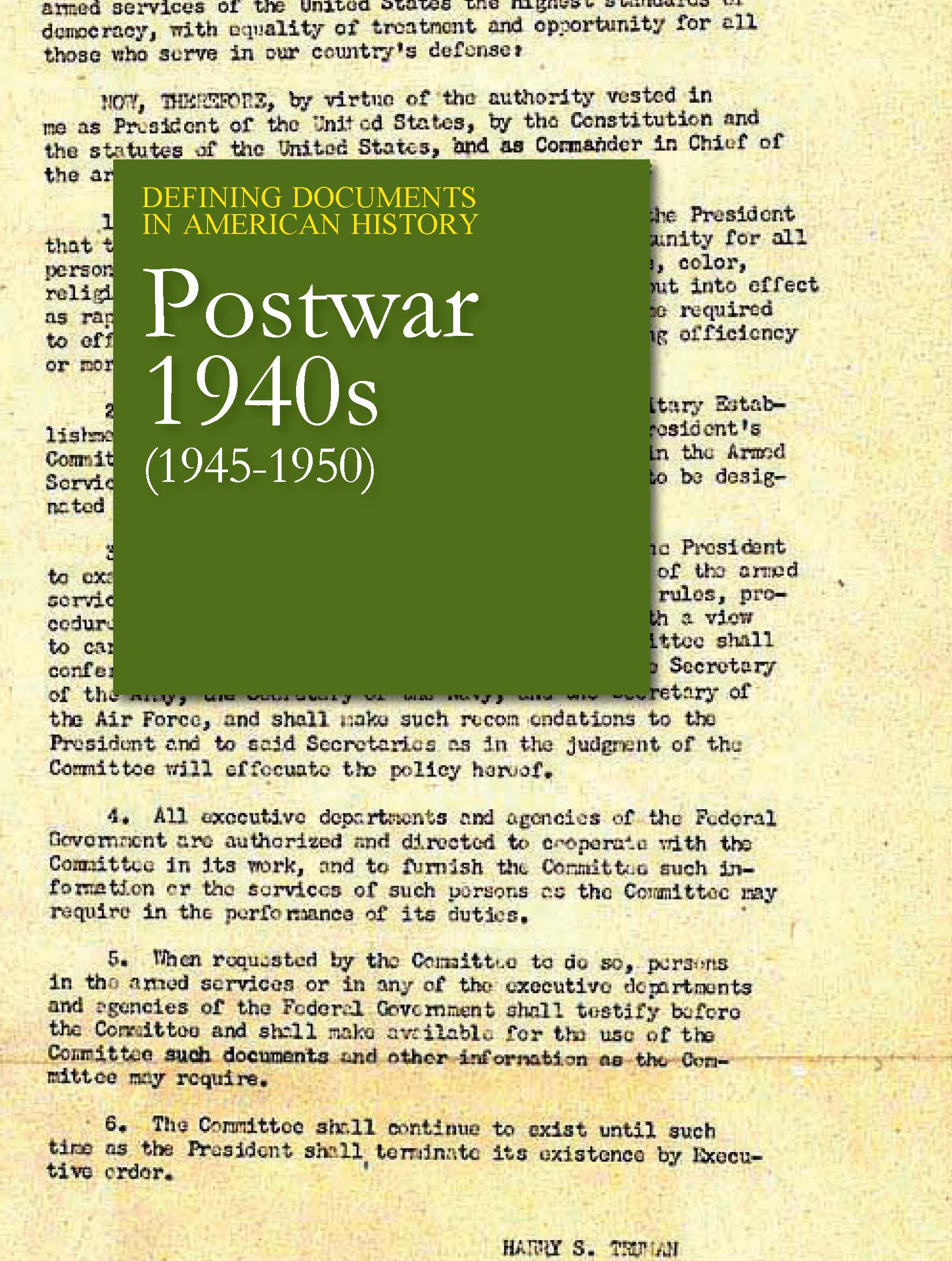 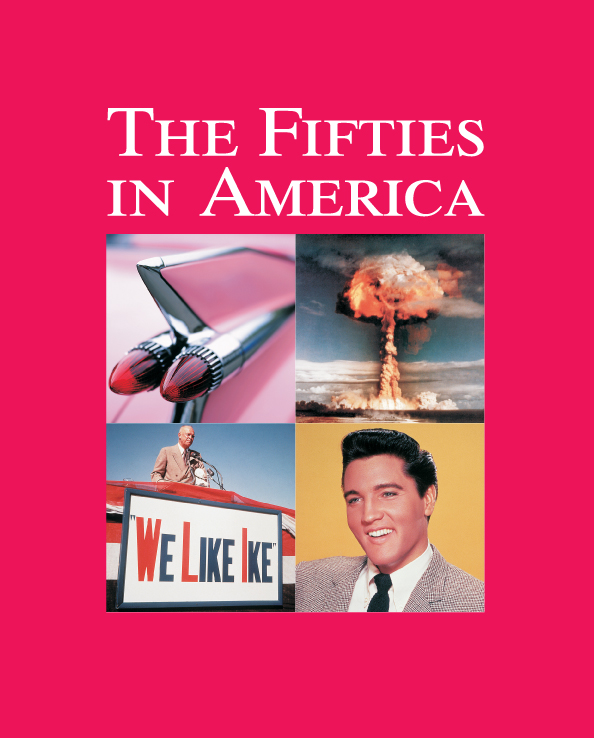 The Fifties in America

The Fifties in America surveys the events and people of all of North America during the 1950's. This three-volume publication, Salem Press's second reference set on a twentieth century decade, is modeled on the award-winning The Sixties in America (1999).