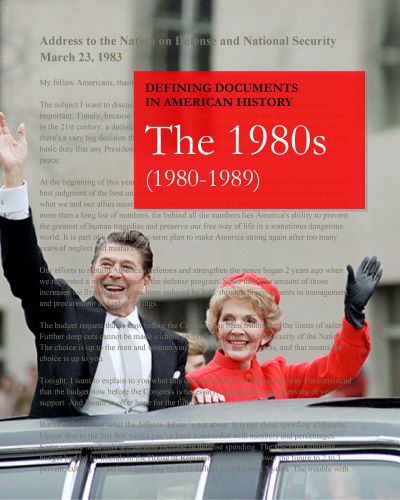 The United States witness major socioeconomic change in the 1980s. The final years of the Carter administration, plagued by the Iran hostage crisis and runaway inflation, caused many Americans to embrace a new conservatism socially, economically, and politically, characterized by the policies of President Reagan. Both working-age Americans and affluent retirees flocked to the country's southeast and southwest Sun Belt regions resulting in a change in the political climate that strengthened conservatism in America.

These volumes explore the conservative politics and Reaganomics, new computer technology and a reshaped pop culture through documents that include:

Additional documents will cover such notable events as: